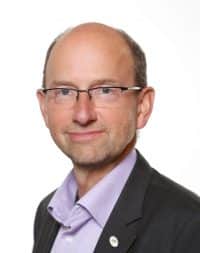 President of the DOV
Violinist at the WDR Symphony Orchestra Cologne

Hans Reinhard Biere was born in 1959 in Rheda-Wiedenbrück, Germany. After graduating from high school he studied the violin at the University of Music in Detmold.

In 1985 Biere started his career as a member of the first violins of the WDR Symphony Orchestra of Cologne. 2004 Biere joined the orchestra at the „Bayreuther Festspiele“ – the most famous Wagner festival in the world – and has been a member since then.

Since 2007 Biere has been the representative of the WDR Symphony Orchestra Cologne at the union DOV. In 2012 he became Vice-President of the DOV. Since 2015 Biere is chairman of the advisory committee of the GVL (Gesellschaft zur Verwertung von Leistungsschutzrechten) in Berlin and president of the DOV Germany.