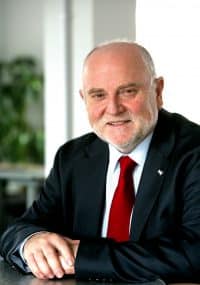 While working as a musician he completed an Open University BSc followed by a Masters degree in Industrial Relations as a distance learning student at Keele University. In 1994 he was appointed a full-time official of the Musicians‘ Union and was promoted to the post of Assistant General Secretary in 1997, he was elected General Secretary of the MU in December 2002.