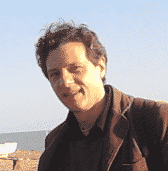 A passionate believer in the rights of performing musicians, Nicolas was a founding member of the Musicians‘ Guild of the Cyprus Symphony Orchestra (SOMESOK), and served as its president from 2005-2011.

During his tenure as presidency, Nicolas led the Guild to membership of the Pancyprian Workers‘ Federation, and led the negotiating team which established the first collective agreement between the orchestra’s musicians and management. He has represented the interests of the orchestra’s musicians, individually and collectively, at the level of the Orchestra’s Board of Directors, the Ministry of Labour, and the Education Committee of the Cyprus Parliament.