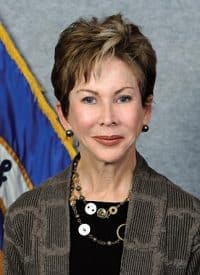 As FMCS Director, Ms. Beck launched numerous initiatives to address the significant challenges facing companies, workers, and the government agencies the Agency serves. She led the first in-depth examination of the Agency’s structure and services in more than 20 years and, under her direction, FMCS embraced a culture of innovation and excellence to meet the evolving needs of its stakeholders using 21st century technologies and the latest research in best conflict resolution practices. Her extensive focus on outreach provided much needed support to the labor-management community as they grappled with a rapidly transitioning economy — what some are calling the « 4th Industrial Revolution. » A major accomplishment in this area was the return of the FMCS’s highly acclaimed, biennial national labor-management conference, not held for nearly a decade. In August, 2016, FMCS presented The [email protected]: Trends, Tools, and Techniques for Partnering in the New Economy to a sold out crowd of more than 1000 labor-management professionals. Over two and half days, participants were able to select from more than 70 workshops, panel discussions, and plenary sessions to help them address labor-relations challenges in the changing workplace, hiring and retaining new generations of workers, artificial intelligence and robotics, rapidly advancing platform-based work models, and contingent work.

Ms. Beck began her legal career as an appellate court attorney in the Enforcement Division of the National Labor Relations Board. While attending law school at night, she served as a legislative aide on veterans’ employment issues to Senator Alan Cranston (D-CA) and the U.S. Senate Labor Committee. Over the course of her career, she has served on the boards of non-profit organizations and has been a frequent speaker at labor-management, bar association, and other conferences. Ms. Beck is the Jean McKelvey Neutral-In-Residence for the 2016-2017 academic year at the Cornell University School of Industrial and Labor Relations, and she is the recipient of the Labor and Employment Relations Association’s 2016 Outstanding Practitioner Award.