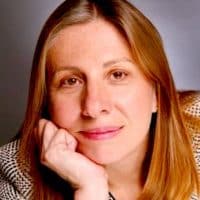 Barbara Haws, the New York Philharmonic’s Archivist/Historian since 1984, has lectured extensively about the Orchestra’s past and curated major exhibitions at the New York Public Library for the Performing Arts (1992), London Barbican (2000), and Cologne Philharmonie (1998). In the fall of 2003 she mounted the largest multimedia exhibition on the Philharmonic’s history, which opened at the UBS Art Gallery and relocated to the Grand Promenade and Tiers of Avery Fisher Hall.

She has lectured at Bard College, The Metropolitan Museum of Art, and Grolier Club, as well as in the New York Philharmonic’s Pre-Concert Talks. In 1995 Barbara Haws became the Executive Producer of the Philharmonic’s Special Editions record label, which released award-winning and Grammy-nominated CD collections, including the 12-CD set The Mahler Broadcasts:1948–1982; the10-CD set Bernstein LIVE; and the first new recording in 20 years of Stephen Sondheim’s Sweeney Todd: Live at the New York Philharmonic. Ms. Haws has been an archival consultant to the Chicago Symphony Orchestra, Los Angeles Philharmonic, and the Leonard Bernstein Estate, and a project archivist for the Bowery Savings Bank, the Jackie Robinson Papers, and Trinity Church.

She has served as president of the Archivist Round Table of Metropolitan New York, is a founder of New York Archives Week, and is a Board Advisor to the Brooklyn Academy of Music Archives. Barbara Haws, who has a master’s degree in history from New York University, collaborated with Burton Bernstein as author of Leonard Bernstein: American Original, published in September 2008 by Harper Collins, and authored the essay “U.C. Hill, An American Musician Abroad (1835–37),” in American Orchestras in the Nineteenth Century, ed. John Spitzer (The University of Chicago Press, 2012). She led the effort to digitize 1.3 million pages of archival material, funded by the Leon Levy Foundation and available online at archives.nyphil.org.