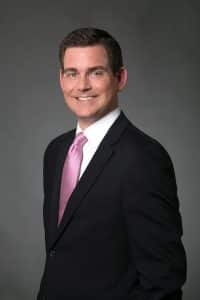 Called the “Steve Jobs of the orchestra industry” by Symphony Magazine, Robert Massey has built a reputation as an entrepreneurial arts administrator, a visionary with a proven record of success and a dynamic manager and motivator of boards, staffs and musicians.

Massey has notably doubled both the revenue and the audience of all three orchestras he has led. He has raised a collective $150 million for capital and endowment purposes, has built or restored three arts venues, has successfully negotiated seven labor agreements and has notably enhanced the cultural landscape through new creations, collaborative partnerships and innovative business models.

He began his career in the arts as a trumpeter with the Memphis Symphony while still a teenager and eventually put himself through the New England Conservatory by ushering at Symphony Hall. Upon graduating, Massey joined the Boston Symphony’s development staff and two years later, was named Cultural Attaché for the American Foundation in Paris. Returning to the United States, he has held leadership positions with the Germantown (TN) Performing Arts Centre, Iris Orchestra, “The President’s Own” U.S. Marine Band, Washington National Opera, The Phillips Collection, Washington Bach Consort and Orchestra Iowa, where as CEO he led the institution through catastrophic floods to ultimately become one of the premiere regional orchestras in the country.

Named President and CEO of the Jacksonville Symphony in December 2014, Massey’s impact has been immediate. In his first year, the Symphony migrated to a new CRM system, unveiled a new brand platform and logo, redesigned its website, underwent a major staff restructure, introduced a new music director and launched new programs both on-stage and off that would attract new audiences and deepen the Symphony’s impact in the community.

Under Massey’s leadership, the Jacksonville Symphony announced in January an unprecedented five-year collective bargaining agreement, ratified eight months prior to the expiration of the current contract. The new Master Agreement expands the Symphony’s season from 35 to 40 week and increases annual musician wages by 37%. In February, the Symphony announced an ambitious campaign to raise $50 million by the year 2020. To date, they have received more than $30 million in commitments.