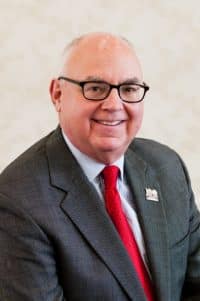 Secretary Treasurer
American Federation of Musicians of the US & Canada

Jay was elected to Local 802’s Executive Board in 1998 and in 2004 was elected Financial Vice President. As Chief Financial Officer he was responsible for the oversight of all the finances for the largest musicians’ union local in the world (over nine thousand members). He also served as supervisor of the concert department responsible for negotiating symphony, opera and ballet collective bargaining agreements in the New York metropolitan area. Jay has been an outspoken voice for all musicians fighting to protect and defend musician rights in the workplace.

Jay also served on the Governing Board of the International Conference of Symphony and Opera Musicians (ICSOM). With fifty-two member orchestras, this organization represents over five thousand symphony, opera and ballet musicians who perform with major orchestras in the United States.

Jay received a B.S. in music education and a performance certificate in double bass from the State University of New York at Potsdam, his M.M. in double bass performance/orchestral conducting from Ithaca College and a Ph.D. from New York University in music education. In addition, he holds an advanced certificate with honors in Supervision and Administration from the City University of New York, City College as well as a certificate in Advanced Labor Union Leadership from the Union Leadership Institute at Cornell University.

He has also served as adjunct Associate Professor of Arts at New York University and was the recipient of the NYU Distinguished Faculty Service Award. Jay is the author of Frederick Zimmermann: Double Bass Performer and Pedagogue. He resides in Manhattan with his wife and two daughters.